They Had Weapons Control in Ancient Greece 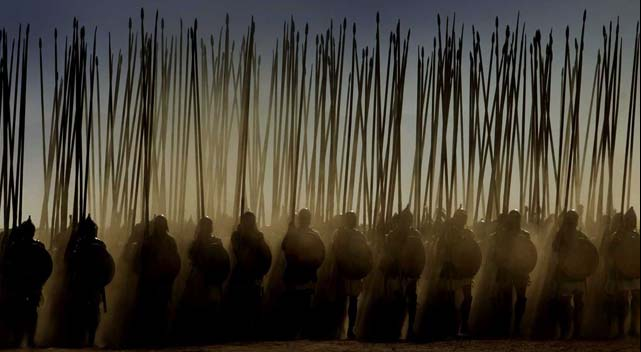 Recent shootings have once again revived debate about gun control in America.

In considering the potential of greater gun control measures, it’s worthwhile looking at the issue from various angles: the rule of law, philosophy, recent events, the example of other countries, changes in the modern social context, and… history. Though historical precedent should not necessarily be the decisive factor, it has in the past played an important role in human decision-making.

As a minor contribution to the historical angle, I wanted to point out an interesting article from the New Yorker published after the December 2012 elementary school shooting that took place in Newtown, CT. It was written by Melissa Lane, Professor of Politics at Princeton, and titled “How the Greeks Viewed Weapons.”

In the article, Lane points out that the Ancient Greeks approved of citizens owning weapons. Indeed, as in the time of the American Revolution, that was how they ensured the defense of the people:

“The ancient Greek armies were manned exclusively by citizens who brought their own weapons into battle. Getting to serve in an élite combat unit required being wealthy enough to afford to buy one’s own armor. It was this vision of citizen militias, further developed by the Romans, that went on to inspire the English revolutionaries of the seventeenth century and the American revolutionaries of the eighteenth—so shaping the values expressed in the Second Amendment.”

At the same time, they believed that these weapons were not to be carried around in the cities:

“Nevertheless, when one early-nineteenth-century American reflected on what the new American Republic could learn from the ancient Greeks, he drew attention to another feature that was widespread in their politics: refraining from carrying weapons in public spaces. In some cities, this was a matter of custom, in others it was a matter of law. Citizens carried their weapons abroad when serving in the military for public defense. But, even in these cities, it was believed that carrying weapons at home would be tantamount to letting weapons, not laws, rule.”

Lane then closes with the following clarification:

“To be sure, an outright ban on the possession of weapons was a measure of tyranny, since tyrants might seek to disarm the citizens in order to take power. Yet carrying weapons in public was as much a threat to the constitutional order as depriving citizens of weapons altogether.”

In support of Lane, from what I’ve read, past weapons bans (excepting those in the case of tyranny) seemed to have mainly been reserved for places where a large number of people congregated, i.e., cities, towns, churches, marketplaces. A ban existed in the city of Ancient Rome. Weapons control existed in many medieval towns, many of which had a knife hanging from a rope on the edge of town that would signal to visitors the maximum blade-size they were allowed to carry.

Today, more than 80% of Americans live in urban areas, versus the 5% that lived in urban areas at the time the Second Amendment was included in the Bill of Rights. Do you think increased urbanization might now necessitate greater weapons control in America? It wouldn’t necessarily stop crazed individuals or terrorists, but is weapons control more fitting for a civilized people?