Is the U.S. an “Artificial Union”? 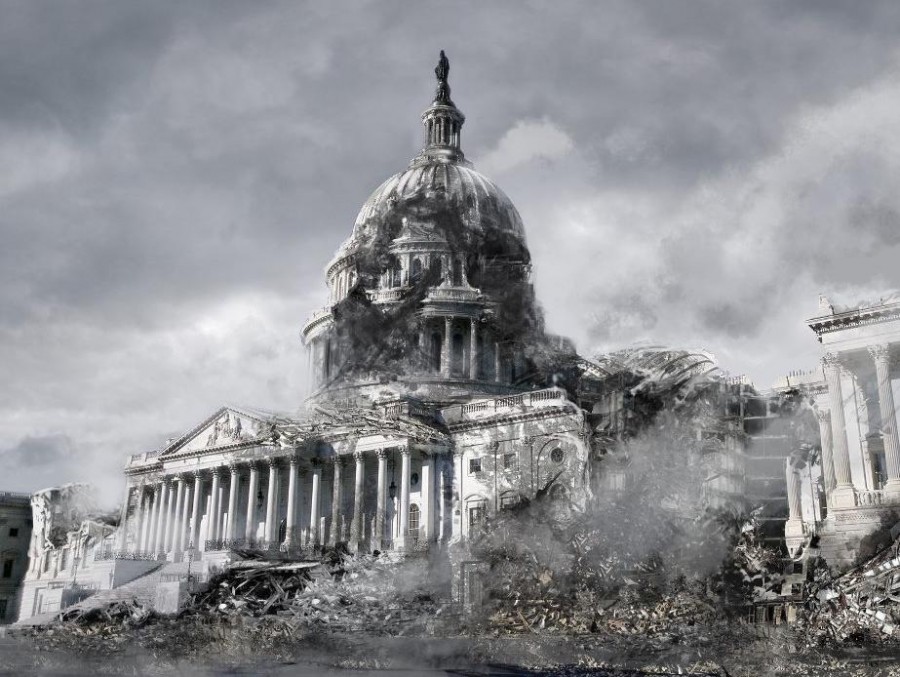 Over 1,500 years ago, St. Augustine wrote his De Civitate Dei (“The City of God”) as the Roman Empire was on the verge of eventually falling to Odoacer in 476 A.D.

In Book 19 of it, Augustine famously defined a society or “people” as a “multitude of rational creatures associated in a common agreement as to the things which it loves.” This understanding of a people, or a society, was to exercise a huge influence on Western political thinking for centuries to come.

By the measuring stick of this definition, Augustine thought it was still fair to call Rome a “people,” but one that had declined and destroyed its “bond of concord”:

“According to this definition of ours, the Roman people is a people, and its good is without doubt a commonwealth or republic. But what its tastes were in its early and subsequent days, and how it declined into sanguinary seditions and then to social and civil wars, and so burst asunder or rotted off the bond of concord in which the health of a people consists, history shows, and in the preceding books I have related at large. And yet I would not on this account say either that it was not a people, or that its administration was not a republic, so long as there remains an assemblage of reasonable beings bound together by a common agreement as to the objects of love.”

However, as former Harvard historian Christopher Dawson seems to imply, Ancient Rome was never really a “people” in Augustine’s sense of the term. Rather, they were an “artificial union”:

“The Roman Empire had never possessed a really homogeneous culture like that, for example, of China. It was an artificial union of alien social organisms which had been brought together by an amazing effort of military and administrative organization. In the East Rome inherited the debris of the Oriental and Hellenistic monarchies, while in the West she conquered and assimilated the tribal society of the European barbarians. It is true that there was a real community of culture between the Latin cities of the West and the Hellenistic cities of the East. But it was a superficial cosmopolitan civilization which was limited to a privileged class, a society of consumers based on slave labour and the exploitation of subject classes and peoples. As soon as this privileged class was ruined by the economic crises of the third century and the loss of its political privileges, the underlying diversity between the barbarians of the East and the barbarians of the West emerged as strong as ever.”

Today, it is often remarked that the American people are more divided than ever. But was America every really united? Were we at one time more of a “people” that shared a “common agreement about our loves”? Or, are we more like the Ancient Rome Dawson portrays, i.e., an artificial union only able to be held together by war and a growing federal bureaucracy?