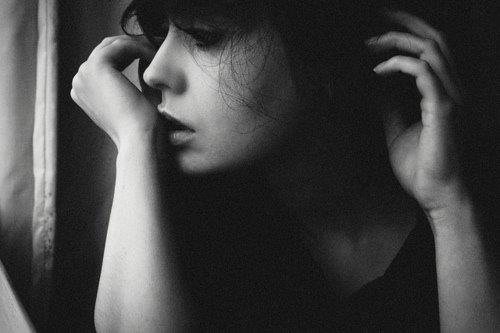 Who has benefited from the war radical feminists have waged against marriage? Certainly not young women. A very large new Canadian study concludes that one of the strongest predictors of depression among young women is the loss of a biological parent. And it is the easy divorces that feminists have pushed for that have typically occasioned such a loss.

Conducted by researchers at the University of Northern British Columbia, this new study isolates the factors predicting depression among Canadians ages 16 to 20. The researchers limit these factors by scrutinizing data collected between 1994 and 2007 from a nationally representative sample of 1,715 individuals tracked during this 13-year period.

Predictably, the researchers adduce evidence that such things as parental rejection and childhood anxiety predict depression between a young person’s 16th birthday and his or her 21st.  But gender makes a difference: consistent with other inquiries, this study finds that “girls reported more [depression] than boys.” However, not all girls are equally vulnerable: the data reveal that “The loss of a parent by the ages of 4 to 8 years predicted depression at ages 16 to 20 years for girls [p = 0.008] but not for boys.”

Of course, a girl can lose a parent through death. But the researchers realize that such tragedy occurs far less often than the trauma of parental divorce. Consequently, they know how to interpret parental loss as a predictor of girls’ depression at the threshold between adolescence and young adulthood. This is a finding, they realize, that fits hand-in-glove with the results of a 2008 study establishing that “the effects of parental divorce . . . differ between genders in respect to the development of depression with risk increasing for girls but not for boys.” They further realize that their study harmonizes with a 1997 study concluding that “young women whose parents had divorced reported higher levels of depression compared to young men from divorced families.”

Given the paralyzing effects of depression as “a leading cause of disability worldwide,” the researchers hope their study will lead to “targeted, specific and personalized intervention” that will curb such depression. More particularly, they hope that “girls may benefit from interventions designed to address parental loss due to death, divorce, and other causes.”

But since nothing takes a parent away from a daughter more often in the 21st century than does parental divorce, it is very clear that the kind of intervention girls most need is the kind that will keep their parents together. Just how quickly that intervention comes will depend heavily on how much reality can puncture feminist ideology.

This article by Nicole M. King was originally published on MercatorNet.com under a Creative Commons License. If you enjoyed this article, visit MercatorNet.com for more. ?The views expressed by the author and MercatorNet.com are not necessarily endorsed by this organization and are simply provided as food for thought from Intellectual Takeout.??