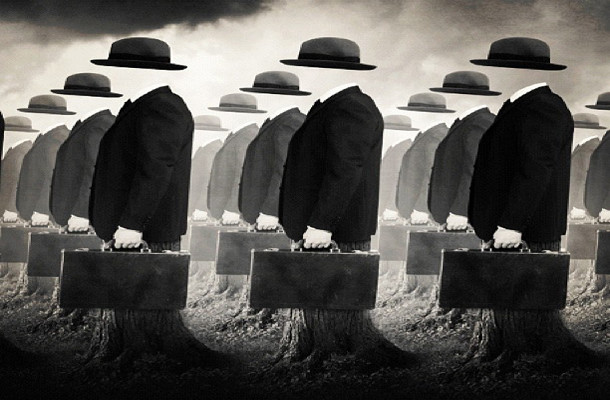 So, morality is all a matter of personal preference. There is no way to have a rational argument between competing moral claims, or about whose vision of life is more correct. All we can do is agree to disagree, or try to force other people to agree with us through non-rational means.

At least, that’s what the emotivism that prevails today says.

Problem: we live in a society, and participate in common activities and structures that seemingly require agreement about goals. So how do we reach an agreement about these goals?

According to philosopher Alasdair MacIntyre, we don’t. As he explains in chapter 3 of After Virtue, an emotivist society ends up imposing the organizational model of the modern business on to its social structures, because the majority of participants in a business deal with means rather than ends.

When you go to work for a corporation today, you are not making decisions or having extensive debates about the goals of the work you’re doing. Those have already been decided for you. You simply are inserted into a process and your job is to perform your function effectively and efficiently. As MacIntyre writes, “The manager treats ends as given, as outside his scope; his concern is with technique, with transforming raw materials into final products, unskilled labor into skilled labor, investment into profits.”

The same kind of mentality of focusing on means rather than ends has come to dominate other social organizations. MacIntyre gives the example of therapy. The modern day therapist, he writes, “treats ends as givens, as outside his scope; his concern also is with technique, with effectiveness in transforming neurotic symptoms into directed energy, maladjusted individuals into well-adjusted ones.”

I think education is also an appropriate example. In today’s education system, debate focuses largely on means: on how to raise standardized test scores, on whether children should start school earlier, on how to improve the academic performance of minority students. Debate about the purpose of education (the given is now “college- and career-ready”) is for the most part considered fruitless and thus a waste of time.

MacIntyre summarizes that emotivism results in a social world divided into “a realm of the organizational in which ends are taken to be given and are not available for rational scrutiny and a realm of the personal in which judgment and debate about values are central factors, but in which no rational resolution of issues is available.”

In other words, we then have a world that oscillates between collectivism and individualism. Sound familiar?

For our other posts on Alasdair MacIntyre’s seminal work After Virtue, click here, here, and here.