Why It’s Almost Impossible to Rationally Argue with People Today 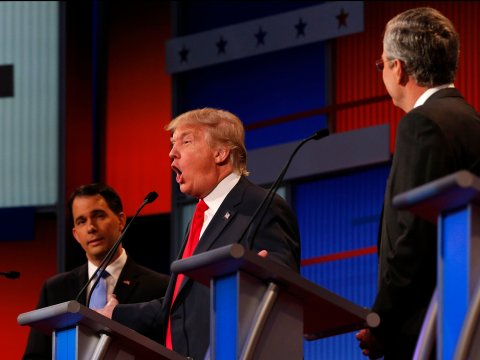 As a lot of us know, the most important issues today are the most difficult to have a rational argument about. It can be very frustrating.

Philosopher Alasdair MacIntyre also recognizes this problem in chapter 2 of his justly famous work, After Virtue:

“The most striking feature of contemporary moral utterance is that so much of it is used to express disagreements; and the most striking feature of the debates in which these disagreements are expressed is their interminable character. I do not mean by this just that such debates go on and on and on – although they do – but also that they apparently can find no terminus. There seems to be no rational way of securing moral agreement in our culture.”

So why is this?

There is, of course, a seemingly increasing dearth of those who are capable of calm, logical argument in today’s society.

But according to MacIntyre, in many cases it’s not for a lack of logic; it’s because the different sides of the argument are beginning from very different premises.

To illustrate what MacIntyre means, let’s look at a quick summary of four arguments surrounding the controversial issue of gay marriage:

a) The ultimate criterion for allowing people to marry is love. Because homosexual persons express love for each other, they should have the same freedom to marry as heterosexual persons who express the same sentiment.

b) Western societies uphold the value of equality, which we understand to mean that citizens should have access to the same rights. Because marriage is a right, we should not deny it to citizens of a homosexual orientation.

c) Historically, civil societies have reserved granting marriage certificates to those relationships whose promotion benefits the common good. Since only heterosexual relationships can result in the production of children – a good for society insuring its perpetuation – then a society should only confer marriage on those relationships.

d) God intended marriage to be a means for human beings to reflect the Trinitarian love of the Father, Son, and Holy Spirit. It is only through the complementary relationship of a man and a woman, and their openness to procreation, that human beings can fully image this love.

All of the above could be rendered in logical syllogisms that result in valid conclusions. But they all start from very different premises – particular understandings of love, equality, history, political philosophy, and divine revelation. As a result, MacIntyre believes that “there is in our society no established way of deciding between these claims.”

Because there is no rational way of deciding who is correct, MacIntyre implies that the various sides will eventually resort to the irrational: “by producing certain non-rational effects on the emotions or attitudes of those who disagree with one.”

Is this what has happened in contemporary American society?