Walker Percy on Why Modern Life is “Disappointing” 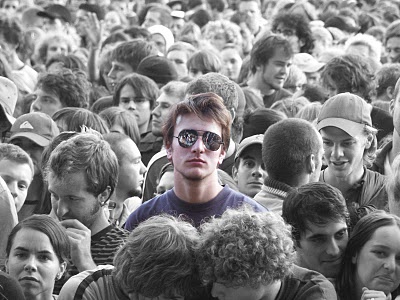 From his renowned work Lost in the Cosmos:

“As John Cheever said, the main emotion of the adult Northeastern American who has had all the advantages of wealth, education, and culture is disappointment.

Work is disappointing. In spite of all the talk about making work more creative and self-fulfilling, most people hate their jobs, and with good reason. Most work in modern technological societies is intolerably dull and repetitive.

Marriage and family life are disappointing. Even among defenders of traditional family values, e.g., Christians and Jews, a certain dreariness must be inferred, if only from the average time of TV viewing. Dreary as TV is, it is evidently not as dreary as Mom talking to Dad or the kids talking to either.

School is disappointing. If science is exciting and art is exhilarating, the schools and universities have achieved the not inconsiderable feat of rendering both dull. As every scientist and poet knows, one discovers both vocations in spite of, not because of, school. It takes years to recover from the stupor of being taught Shakespeare in English Lit and Wheatstone’s bridge in Physics.

Politics is disappointing. Most young people turn their backs on politics, not because of the lack of excitement of politics as it is practiced, but because of the shallowness, venality, and image-making as these are perceived through the media–one of the technology’s greatest achievements.

The churches are disappointing, even for most believers. If Christ brings us new life, it is all the more remarkable that the church, the bearer of this good news, should be among the most dispirited institutions of the age. The alternatives to the institutional churches are even more grossly disappointing, from TV evangelists with their blown-dry hairdos to California cults led by prosperous gurus ignored in India but embraced in La Jolla.

Social life is disappointing. The very franticness of attempts to reestablish community and festival, by partying, by groups, by club, by touristy Mardi Gras, is the best evidence of the loss of true community and festival and of the loneliness of self, stranded as it is as an unspeakable consciousness in a world from which it perceives itself as somehow estranged, stranded even within its own body, with which it sees no clear connection.”