Actually, Underage Drinking is Legal in Most States 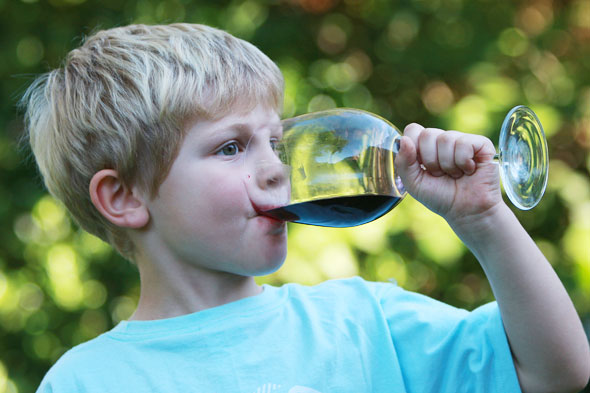 The United States has one of the highest minimum drinking ages (21) of all countries.

In case you didn’t know, the age of 21 was made uniform across the United States in 1984. In that year, President Ronald Reagan signed into law a bill that threatened to withhold federal highway funds from states that didn’t adopt the new minimum drinking age.

However, while those who are under 21 in the U.S. might not be able to buy a six-pack at a store or a drink at the bar, most states still allow them to consume alcohol in certain locations. Exceptions include minors on private property with parental consent, for religious purposes, and for educational purposes (e.g., culinary school).

According to ProCon.org, here are the 8 exceptions to the minimum drinking age of 21 in the U.S.:

Despite many arguments to the contrary, it doesn’t look like the U.S. minimum of 21 is going away any time soon. According to the most recent Gallup poll, 74% of Americans still oppose lowering the age:

But for the time being, are you glad that most states have these exceptions? Do you think it’s healthy for people to develop an appreciation for the taste of alcohol before they’re 21 (in moderation, of course)? Do you think that developing this appreciation can help prevent a more immature or intemperate approach to alcohol in the future?