Is Homeschooling Only for the Elite? 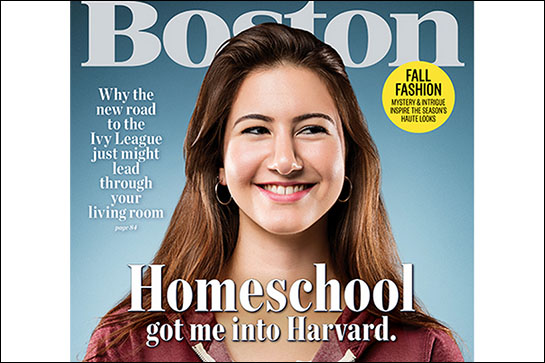 The summary of an article in this September’s edition of Boston Magazine reads: “More and more of Boston’s smartest families are opting out of the education system to homeschool their children. Is this the new model for creating elite kids?”

The perception used to be that homeschooling was the realm of families primarily motivated by their religious beliefs. Now however, “a growing movement of parents… are abstaining from traditional schooling, not on religious grounds but because of another strong belief: that they can educate their kids better than the system can.”

According to the article, secular parents’ frustrations with the public education system vary:

As the article says, homeschooling is being used by parents as a means to create “elite kids”: many of the kids profiled are grades ahead of their peers in subjects, and some have gone on to attend top-tier universities.

But is homeschooling also the purview of “elite parents,” as so many people claim? I guess it depends on what you mean by “elite.” The homeschooling parents profiled in the article are still married, an environment that less than half of American children now enjoy. They also have the ability – even though it requires sacrifice – to live with only one full-time income. In addition, the parents who stayed at home to educate their children had at least a bachelor’s degree – something possessed by only 30% of American adults.

As of now, only 3.4% of American students homeschool. Because of its seeming demographic prerequisites, do you think homeschooling is destined to remain largely the privilege of a very small percentage of the population?