Harvard Prof Says U.S. and China Could be at War in the Next Decade 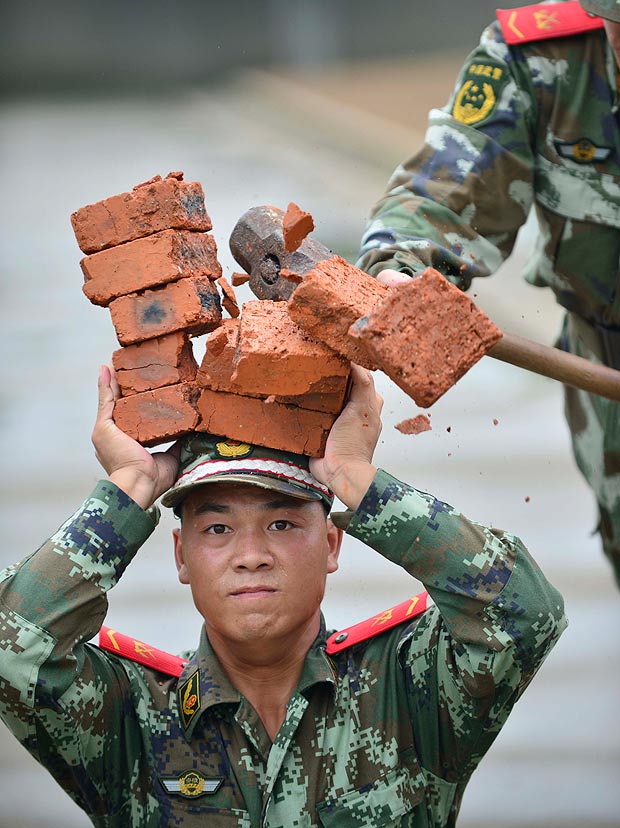 It’s a question many of us have wondered about, but few have given sustained attention: will the U.S. eventually find itself at war with China?

In a fascinating article for The Atlantic, Harvard professor Graham Allison argues that the “Thucydides Trap” makes such a conflict more likely than not in the near future.

Thucydides was the famous chronicler of the Peloponnesian War between Athens and Sparta. The “Thucydides Trap” is triggered when a rising power (e.g. Athens) threatens a ruling power (e.g. Sparta) by its very rise. “It was the rise of Athens, and the fear that this inspired in Sparta, that made war inevitable,” wrote Thucydides.

According to the analysis of Allison and his team at Harvard, there have been 16 cases over the past 500 years in which the rise of one power threatened the hegemony of another. As you can see in the chart below, 12 of them resulted in war.

For the past hundred years, the U.S. has been the dominant power in the world. But China’s steep and swift rise now threaten that dominance. “In a single generation,” writes Allison, “a nation that did not appear on any of the international league tables has vaulted into the top ranks.”

The reason China did not appear on many people’s radars is because of their conscious policy of “hide and bide” in which they hid their burgeoning capabilities. (Disconcertingly, China’s military officers sometimes paraphrased this policy as “getting strong before getting even.”) Now, however, China is becoming more assertive in its rhetoric and actions.

Allison cautions that the West shouldn’t be lulled to sleep by recent stories of “China’s economic slowdown” as “China’s lower growth rate remains more than three times that of the United States.”

In conclusion, Allison acknowledges that war is not a foregone conclusion; in 4 of the 12 cases mentioned above war was avoided. But in the case of the U.S. and China, success in avoiding war “will require not just a new slogan, more frequent summits of presidents, and additional meetings of departmental working groups.” It will require “sustained attention” and “radical changes in attitudes and actions.”

We should remain hopeful that war can be avoided. But our knowledge of history and human nature should cause us to be vigilant about its possibility, nay, even its likelihood.