Greece (and the West) As It Used to Be 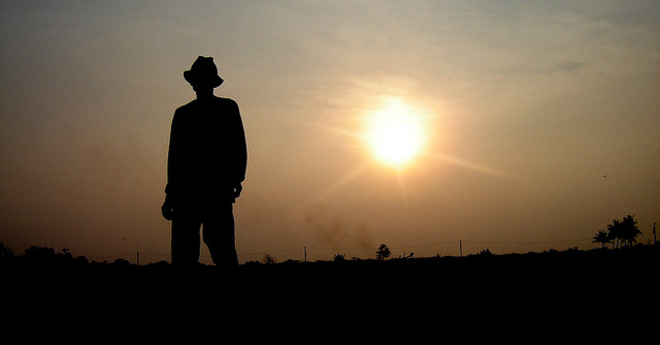 As the rest of the world watches Greece crumble under crippling debt, it might be worth looking at Greece as it used to be.

In Portrait of a Greek Mountain Village, anthropologist Juliet du Boulay offers a glimpse of how rural Greek people (and most people in the world) thought and lived before modernity had fully absorbed them. Du Boulay lived in a village known by the pseudonym of “Ambéli” for two years in the late 1960s. Though much of the Western world was rapidly changing during this time, geography and circumstances still dramatically limited Ambéli’s exposure to the outside world.

Among the gems in the book is how the people in Ambéli looked at the home, and why they chose to continue with subsistence farming rather than devote all their energy to selling goods for cash:

“The house, therefore, according to this way of thinking, is not simply a place from which its members go out to work in the morning and to which they return at night; it is a sanctuary from the hostility of both nature and society, it is a monument to earlier generations who built it and lived in it, and it is a cornucopia which is filled, not just with fruits but with fruits of the family land gained by family toil. And this last image is an image so vivid that its preservation far outweighs the advantages to be gained by sacrificing it to an increased cash income. The extent to which this image still has reality for the villager is the extent to which he literally fails to see the rational advantages in exchanging subsistence farming for cash-cropping the forests. When this image fades, as it is already beginning to do, in the face of the altered attitudes to house and land which are making themselves felt from outside, the villager will have nothing between him and a purely economic and expedient way of organizing his household.”

As we see from du Boulay’s snapshot, subsistence farming was not simply a default lifestyle for the pre-modern Greek; it was freely, rationally, and continually chosen. It was chosen because the people placed value on tradition, on a particular view of the home, and on eating and drinking what they had produced.

Interestingly, due to the lack of jobs in the cities of Greece, more of its people are returning to this subsistence lifestyle. Maybe that’s a good thing.