What Does an Education System with “Tracks” Look Like? 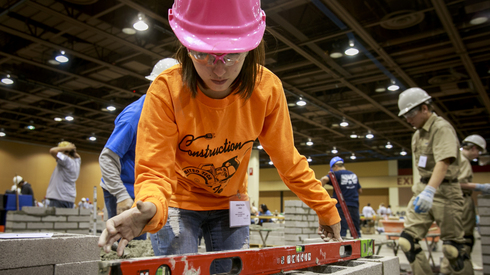 The United States is increasingly criticized for having a “one-size-fits-all” public education system. In this system, students of varying abilities, talents, and desires are provided with a similar curriculum through high school and are prepared for the same goal of college. It is argued that this monolithic model of educating students leads to dumbed down academics and unnecessary frustration on the part of students.

But in certain other countries they have something that makes American egalitarian sensibilities bristle: “tracks.” Countries such as China, Singapore, and the Netherlands separate their students by ability as early as 10 years of age: some students pursue a traditional academic track, while others pursue a vocational track.

In order to give you an idea of what an education system with tracks looks like, I’ll lay out the basic structure of the most famous example: Germany.

This elementary school level is for 6-10 year-olds, or 1st-4th graders. Some students attend kindergarten beforehand, but it is not required. This level includes students of varying abilities.

After Grundschule, students attend one of the three options above. Though teachers make recommendations where students should go, in most states, parents have the final say. Here’s a brief description of the options:

Gymnasium (8 years): This is the traditional academic track where students receive a diploma (the “Arbitur”) that enables them to go to either a university (“Universität”) or a vocational school (“Ausbildung”).

Realschule (6 years): This track includes a mix of academic and practical subjects. Graduates of Realschule can either attend a vocational school with an apprenticeship, or go on to a Gymnasium.

Hauptschule (5 years): The track for the lowest performers, it provides basic instruction at a slower pace and prepares students for vocational training/apprenticeship.

Here is a chart that lays out the tracks available to German students:

Again, the above is just a basic outline. As with the American system, the German system has its innovations, nuances, and exceptions. For instance, there is also now a level between Realschule and Hauptschule. In addition, there is something called a Gesamtschule, which puts students on tracks according to ability within the same school—like many of America’s high schools that have “Honors,” “Advanced Placement,” and “International Baccalaureate” programs.

Hmmm… maybe American schools aren’t so “trackless” after all.