Fantasy Films: The Obliteration of Imagination? 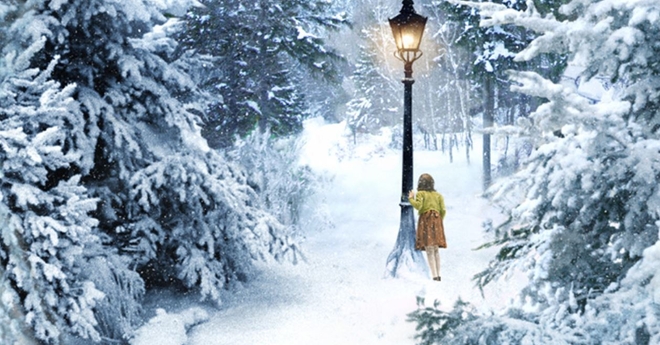 I confess to feeling a little surge of excitement this week in watching the trailer for the new Star Wars film. I thought the Narnia movies were pretty good, I greatly enjoy Peter Jackson’s Lord of the Rings trilogy, and I do not complain too much when my sons drag me off to yet another superhero movie. I am sure Harry Potter films thrilled the fans of that magical world and I’m as delighted and captivated as the next person to the latest filmic fairy tale or science fiction adventure.

So I hate to be a fantasy film fuddy-duddy, a science-fiction spoil-sport and a big screen party-pooper, but there is a problem.

With their special effects and computer generated wizardry, the film maker magicians can now do anything. It is possible to whizz through the wardrobe with Lucy, fall down the rabbit hole with Alice, launch into space with Luke Skywalker, and hop into Hobbiton with Frodo and his friends. No alternative world is out-of-bounds. No fantasy realm is out of reach, and while we love to visit other realms, once a fantasy world is realized in film, there is no fantasy.

The appetite for fairy tales, science fiction, fantasy films and extraordinary stories has never been greater, and it is arguable that the glut of fantasy films of all kinds has fueled the production of more fantasy literature. While much that is produced is disposable rubbish, much else is clever, imaginative, profound, and astonishing in its beauty. Movies have helped make children’s fantasy literature more popular than ever, and children, the proponents argue, really do curl up with a good book as a result of watching the movie.

Or do they? Too often the movie takes the place of the book, and when this happens there is a curious change of direction and affection. The dynamic of interaction is totally different when viewing a film as opposed to reading a book. When we watch a film we are drawn into a sympathetic relationship with the hero. We go on his adventure with him and identify visually and emotionally with his doubts and fears, joys and sorrows, conflicts and triumphs. The transaction is a dramatic one, through which I vicariously share in the hero’s quest.

The experience, however, is imaginatively passive. That is to say, the imagination is dormant. Everything is provided on the movie screen, and the viewer’s imagination lies on one side unused. When I went to Narnia through a book, a part of my own life was engaged at an even deeper level than simply going on the quest with the hero. My imagination made the book come to life in a mysterious and marvelous process. What happens when we read a fantasy story is that the author communicates from his imagination to my imagination, and the details that I fill in are furnished from my own store of memories, visual images, and mentally-recorded experiences.

So, for example, C.S. Lewis may describe Aslan’s great stone table in great detail, but as he writes he may be summoning up a whole scene based on the ancient standing stones and prehistoric shrines of Ireland. There is more—far more—in his whole imagined scene than he can possibly describe. When I read his account, however, I meld together with his descriptions what I know and have seen and experienced of stone tables, lions, and hilltops. My imagination, memories, images, and experiences are not those of an Oxford don born at the end of the nineteenth century in Northern Ireland. My imagination is fed by the experiences of an American man born in 1956 in Pennsylvania. Therefore, my imagination, while reading the book, will be uniquely my own. Not only have I gone on the quest with the hero, but I have gone on a quest with him in an imaginative world that only I know and understand fully.

This exciting and intimate alchemy of the imagination is missing in the film experience of a fantasy story. Instead of my imagination being engaged in a unique relationship with the imagination of the author, everything is provided for me by the intermediary–the film director. My imagination is unnecessary, for every detail down to the last scale on the dragon’s back is served up on the big screen larger, more completely and vividly than I ever could have imagined myself.

If this is so, then films of children’s fantasy stories, while very entertaining, may be counterproductive. If they stifle the imagination, then in the long run we will have a population that continues to have a great appetite for entertainment, but little agility of imagination.

Imagination is one of the things which makes us human. A gorilla may learn sign language but he will never write a sonnet. A monkey may look at the stars, but he will never wish on one. A man, on the other hand, may dream and visualize and meditate and adore the Most Blessed Sacrament and long for heaven.

But if his imagination is obliterated he will have nothing but an insatiable appetite to be entertained.