Do We Overemphasize Politics? 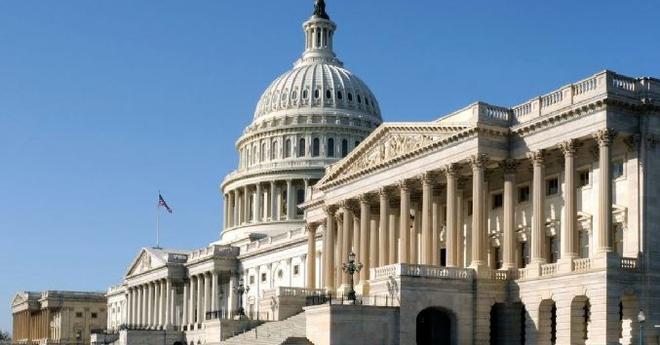 We at Intellectual Takeout hear this reasoning a lot. We hear it from both liberals and conservatives. The assumption behind it is that politics and legislation effects real change in society, and that they therefore deserve the most attention and resources.

Of course, there is some truth to this way of thinking. Politicians and legislation do indeed help shape the character of people and society.

But an overemphasis on politics can also represent a lack of emphasis on freedom.

This may be surprising for many conservatives to hear. After all, they’re the ones who have associated themselves with freedom in the political sphere. They view themselves as defenders of freedom against societal and governmental pushes to limit the right to bear arms, to impose further regulations on businesses, and to intrude upon citizens’ private lives.

So let me explain what I mean.

An overemphasis on politics represents an overemphasis on form and structure over persons. It presupposes that changing the structure of government through new policies and laws will result in changes in persons. Its hope is that we can create new structures and then merely plug people into them in order to create a better society.

But the person is the real locus of freedom, not form and structure. It is the person who has a power called “will” and can make free choices, not the legislative program he or she is plugged into. And this freedom of persons involves more than simply throwing support behind a particular policy or politician.

This notion of the person as the locus of freedom is a key philosophical development within the Western tradition.

As the theologian John Zizioulas has shown, Greek philosophy did not really have an understanding of the person. The Greek word prosopon—from which we get the English word “person”—was the word for the mask that theater actors wore.

Though there were a variety of philosophies floating around in the ancient world, in general, the Greeks believed that the world’s destiny necessarily and eternally existed, and that human beings could not really bring about change in the world through their actions. The purpose of human life was to resign oneself to fate, turning inward and contemplating what Plato referred to as “eternal forms” of the universe.

The notion of “person” came about as a result of early Christians reflecting on the creation of the world. They, like the Jewish people, believed that God freely created the world out of nothing. He did not necessarily have to create the world. They reasoned from this that because God is a person who was free in his creation of the world, then the human persons he created—in his image—were also inherently free.

In addition, early Christians reasoned that human persons, like God, could change the course of history through their free actions. And those who could impact history included not only those in visible positions of power, they also included those whom history and society would never know. Christians believed that persons living good and virtuous lives are what truly contribute to the progress of civilization and history.

But there has been a movement away from the concept of the person in modern philosophy. One especially sees this de-emphasis on the person in the thought of G.W.F. Hegel (1770-1831). According to Hegel, the world is God’s eternal self-expression. It is not created in freedom, but necessarily exists. The form and structure of this world is predetermined, as is the end. The world progresses toward this end regardless of what choices human beings make. As in ancient Greek philosophy, the job for human beings is to seek to recognize this process and embrace it.

Hegel’s emphasis on form and structure over the person impacted the thought of Karl Marx, who believed that the economic structure of society was the ultimate determiner of human activity. And the seeds of this emphasis have come to fruition in modern life. We find it in the overemphasis on politics described above, where the public’s energies are supposed to be directed toward passing or supporting legislation in order for that legislation to improve society. We see it when people assume that the education of children will improve simply as a result of more spending, more classroom time, and “innovative programs.” We can all fall into it when we consciously or unconsciously assume that getting into the right school, or the right job, or the right economic status, will automatically make us happy.

Form and structure is part of human existence. In calling the soul the “form of the body,” Aristotle recognized that form is built into human nature. And because the world is made up of a number of different persons with different wills, societies will always need to establish certain forms and structures to order and unite human activities. Politics will always have an important role in establishing these forms.

But there’s a delicate balance we need to maintain between form and person, and I’m worried that modernity has upset the balance in favor of the former over the latter.

Ultimately, the betterment of American society will primarily come about through men and women making free choices according to what’s true and what’s good. A better America depends upon persons striving to live virtuously in their respective spheres.

We need to then build forms and structures that support these free choices; not vice versa.