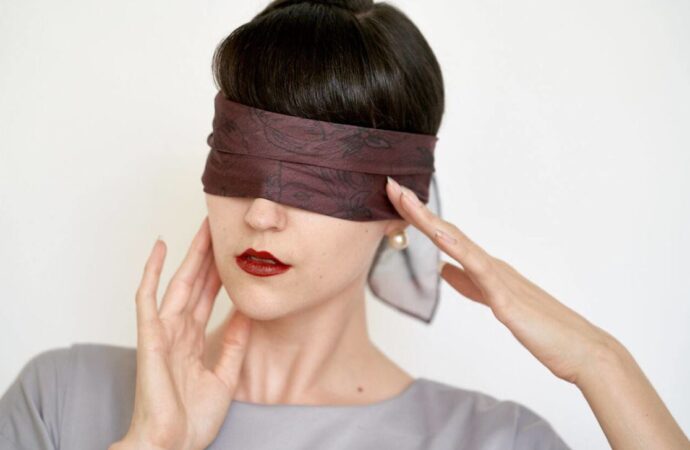 In his novel The Shape of Illusion, now regrettably out of print, William E. Barrett gives us the story of a centuries-old painting depicting Jesus Christ and the mob surrounding him immediately after Pontius Pilate has condemned him to death. This mysterious painting terrifies its viewers, who see their own faces in the hateful crowd mocking Jesus and applauding his impending crucifixion.

Many Christians are undoubtedly certain they would have followed the Messiah rather than joining the multitude calling for his execution. Similarly, many Americans of all political persuasions believe they would never have smashed the windows of Jewish shops on Kristallnacht or joined the Nazi party. Others are equally sure they would have resisted communism in Russia, North Korea, Cuba, China, and other countries around the world.

But these beliefs hinge upon Monday morning quarterbacking. Most of us living now are aware of the evils of the totalitarian movements of the last hundred years, the murders of more than 100 million souls and the imprisonment and persecution of many more millions. Yet had we lived in those not-so-distant times rather than now, is it not possible we might have joined the Hitler Youth or rounded up the kulaks of the Ukraine to meet their Soviet executioners?

Hindsight gives us the surety of righteousness.

But what about today? Do we look at our present age with the same moral clarity we apply to the recent past?

One of my nieces, a first-time expectant mother, recently posted the ultrasound image of her little boy at 14 weeks on Facebook. He has a head and a body, a male appendage, and is beginning to move his fingers. Yet there are politicians, radical feminists, and others among us who regard that fetus as non-human, a clump of cells. Some of them even favor abortion up to the moment of birth.

Do these people see themselves? Do they understand what they are advocating?

And what of those members of our government, both the elected officials and many of their staff, who cast themselves as protectors of the American people and sympathetic to the poor while they rake in big bucks and leave office as multi-millionaires? Bernie Sanders, Barack Obama, Hillary Clinton, Rick Scott, Mitt Romney, and many others talk all the time about helping their fellow citizens, but are meanwhile awash in money, much of it often gained during their time in office.

If they ever pause to take a look at themselves, do they regard that vast wealth as deserved or as tainted by greed and corruption?

And what about those whose policies have brought ruination to so many Americans? The pandemic lockdowns, for example, destroyed tens of thousands of businesses, sent mental depression and suicide rates skyrocketing, boosted drug and alcohol addiction, and damaged the education of millions of American kids. The trillions of dollars spent—some might say wasted—by the government in the last four years have delivered inflation and a likely recession. Everyone with any common sense predicted this outcome. And now, according to some experts, we’re also close to World War III, possibly involving nuclear weapons, in large part the result of failed international policies both here and abroad.

So I wonder: Do the architects of these miseries ever look in the mirror and say, “Man, I’ve really screwed up”?

Many of us who lead more ordinary lives do that very thing. We recognize when our mistakes, blunders, and intentional acts have brought pain and suffering to those around us, when we have “sinned in our thoughts and in our words, in what we have done and in what we have failed to do.” We ask for forgiveness and mercy, and then try to make some sort of amends to those we have harmed.

Not the case for our “elites.”

Lots of those who are managing our lives or who are attempting to radically transform our culture want power—Boy, do they want power!—but they want nothing to do with responsibility. When you and I make a horrendous mistake, we attempt to set things right. When they make a mistake, they either sweep it under the rug or point the finger at someone or something else.

Czech writer and later French citizen Milan Kundera once stated, “We go through the present blindfolded… Only later, when the blindfold is removed and we examine the past, do we realize what we’ve been through and understand what it means.”

Some of us today wish our leaders would remove their blindfolds, realize what we’re going through, and understand what it means.