Idolizing Democracy Has Caused Many of America’s Problems 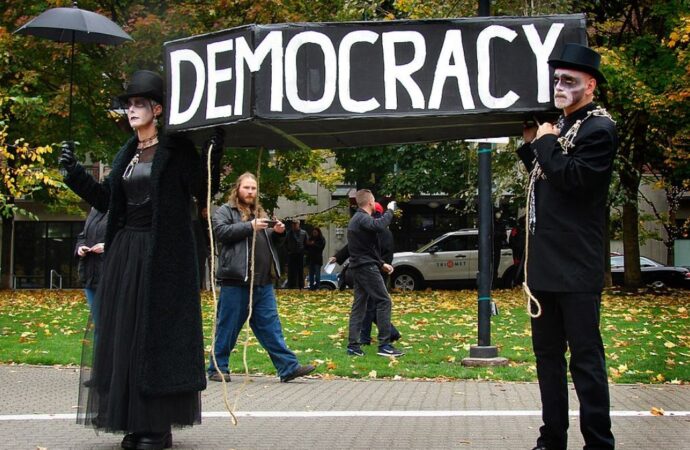 Polish American political thinker Zbigniew Janowski examines the reasons that modern American democracy has taken a totalitarian turn. Contrary to the happy talk coming from establishment conservatives about the need to spread America’s so-called liberal democratic values everywhere, Janowski paints a dark but compelling picture of where America’s once strong constitutional institutions have gone. He depicts a country oscillating between moral arrogance and ritualized self-abasement, which can never quite decide whether it’s the salvation or bane of humanity, and which remains fixated on equality as the highest ideal.

Like his close friend Ryszard Legutko, who wrote the afterword to this volume and the insightful book The Demon in Democracy, Janowski does not worship at the altar of democratic equality. Moreover, he sees many of the cultural and social problems that beset present-day American society as having been affected by this democratic idolatry. Equality in democracy, argues Janowski, leads to a homogenizing process that destroys the individuality that democracy claims to defend, and which makes war on traditional hierarchically-based communities.

[W]hether one can limit democracy’s expansion—which is equality’s engine—in a way that is consistent with the idea of democracy at the same time? To put it differently, can one limit equality to preserve democracy?

Since Janowski leaves his heuristic queries open, this reviewer feels free to note that the egalitarian democracy he so graphically describes represents a falling away from something much better. It is a denaturing of the constitutional republic upholding federalism and ordered liberty that marked America’s earlier phase. The United States was not always the quasi-tyranny it is now becoming. It started with a well-conceived political order, one that some Americans wish to return to.