Look to the Altar, Not the Throne 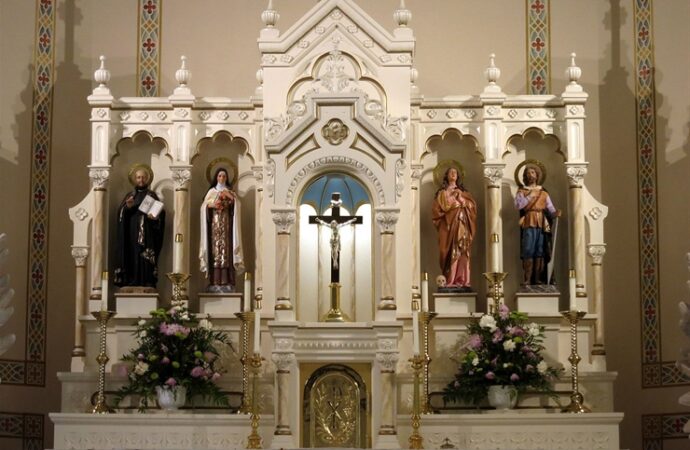 This is a tremendous step toward the restoration of order in America. Almost all Americans have lived through a chaotic year. The community, encouragement, and sacred liturgy offered by local churches are havens of order in these troubled times. Cuomo’s efforts to shutter these havens were unjustified and imprudent.

“The virus has infiltrated Sunday services, church meetings and youth camps,” reported The New York Times in a July piece that was quoted extensively on news channels. Yet reports of mass outbreaks originating in churches are rather underwhelming in the grand scheme:

More than 650 coronavirus cases have been linked to nearly 40 churches and religious events across the United States since the beginning of the pandemic, with many of them erupting over the last month as Americans resumed their pre-pandemic activities, according to a New York Times database.

Considering that there are approximately 384,000 congregations and roughly 231.7 million Christians across the United States, perhaps the 0.0001 percent of churches with mass outbreaks, between February and July, could take special precautions—they can quarantine the sick, for instance. COVID prevention should be a practical matter, addressed on a church-by-church basis. Churches in densely populated urban areas face different struggles than churches out in the hinterlands. To require all churches across an entire state to shutter their doors is to make the exception—the very small exception—the rule.

Constitutionally, the burden for closing churches should be much higher than for secular places of public accommodation, such as liquor stores. The American founders enshrined a right to the “free exercise of religion” in the First Amendment to the Constitution—a right to buy liquor is not similarly enshrined. Indeed, many of the founding stock came to America precisely because their churches were being closed by despots back in Europe.

When despots want to break a people, they target their religion. If you destroy the cult, you destroy the culture. Without a common culture, a people cannot remain distinct. Civilization has never existed without a strong sense of the supernatural. “Wherever an altar is found,” wrote Joseph DeMaistre, “there civilization exists.”

Unlike Cuomo, Gov. Gretchen Whitmer mercifully exempted churches from her tyrannical diktats in Michigan. Accordingly, they’ve been the only centers of order in the state. Many never closed and are still running like clockwork as everything else crumbles.

The situation with Michigan churches during COVID seems a good example of what Joseph Sobran—Chronicles columnist and long-time National Review contributing editor—called Theo-Anarchy.

Sobran believed that men could restore order by organizing their lives around the parish and the liturgy, that no other modern institution was necessary. In fact, there is one modern institution that is downright destructive of natural order: the modern state. The restoration of natural order is dependent on the modern state disappearing; only then—Sobran believed—would the people organize their lives around the parish as their ancestors did.

Government today, explained Sobran, is always sacrificing the normal to the abnormal, the majority to the minority, the central to the eccentric, the natural to the unnatural. In that spirit, it now sacrifices the healthy to the unhealthy.

Under these gubernatorial tyrants, we have caught a glimpse of the future. Commerce is stifled while protesting is encouraged. Families cannot meet for a holiday dinner or midnight Mass, but they can march down the street with Antifa. Liquor stores are considered “essential services” while the Sacraments are non-essential. This might be the new normal, but Sobran would insist this is just the normal behavior of the modern state.