The Privilege of Identity Politics 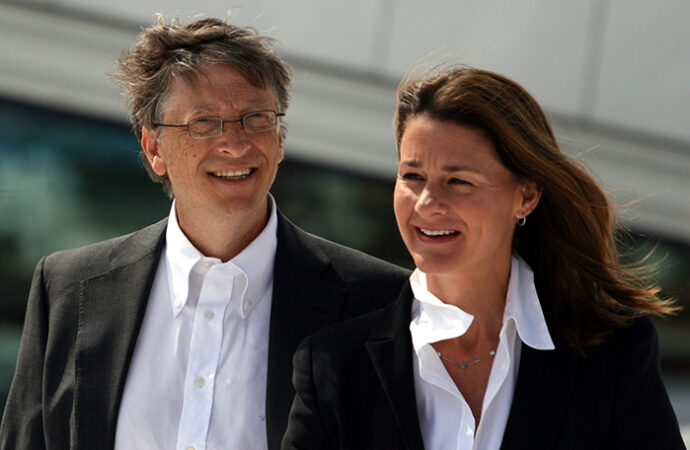 Last month, Melinda Gates announced that “we need to apply a gender lens to solving this [coronavirus] crisis.” She linked to a March 12 story in The New York Times reporting that with women making up to 70 percent of healthcare workers worldwide, women are at “disproportionate risk.” COVID-19 may very well end up “exacerbating gender, social and economic fault lines,” Gates claimed.

Buried in the Times‘ story, however, was an inconvenient detail. It appears as an afterthought in parentheses at the end of a paragraph. The preceding phrase talks about women being “squarely in the virus’ path,” but then comes this: “(although some early studies of coronavirus in China suggest men have a higher death rate).”

Well, one would think that before asserting the greater vulnerability of women to the disease a reporter would check on mortality rates or at least wait until more information comes in. But, of course, that would be to allow the possibility that males have a higher susceptibility, and that would yield the wrong gender equality. The whole story would be shot. Let’s go with the female vulnerability instead.

That’s what Melinda Gates did. After all, she has steered piles of cash at the Gates Foundation to the issue. Last October she wrote a story in Time Magazine under the headline, “Here’s Why I’m Committing $1 Billion to Promote Gender Equality.” And on March 7, she published an op-ed in The New York Times with the title, “How to Start a Conversation About Gender Equality.” A photo accompanying the story showed a sign announcing, “WOMEN’S RIGHTS are HUMAN RIGHTS.”

That conversation might begin with this: Can you explain why men are more likely than women to die of coronavirus, thus far making up more than two-thirds of all fatalities?

To ignore this – indeed, to reverse it – is more than absurd. It’s insidious. Imagine what Gates would say if 67 percent of the deceased were female. We would see another $1 billion go into research into this disease that targets women. The eagerness with which she jumped to the gender lens narrative proves that her whole outlook should not be called “gender equality.” It’s about the advancement of women. Gender imbalances that work to the disadvantage of men, such as in college graduation rates, don’t much interest her.

Crisis moments have just this kind of clarifying effect. Extreme circumstances make it hard to sustain the illusion of objectivity.

It is one thing to claim that there are more men named “James” leading Fortune 500 companies than there are women, as Gates did in her Time article. It is another thing to assert the special vulnerability of women when male corpses outnumber females by such significant numbers. When identity politics contradict the facts, and when the facts are appalling, identity politics collapse.

So do the sensitivities that go with them. When President Trump asked Surgeon General Jerome Adams to address another disparity, the higher susceptibility of African Americans and Latinos, Adams did what any doctor would do. He examined the physical traits and behavioral habits of those groups. He urged them to curtail alcohol, cigarettes, and drugs (the use of such substances is higher among those groups). Then, given the higher frequency of multigeneration households, he told family members to consider their elders. Sliding into a folksy tone, he said, “Do it for your Big Mama. Do it for your Pop-Pop.”

Well, such an appeal couldn’t go uncontested. Nobody in the Trump Administration is allowed to get that familiar with minority populations, even if the official is part of a minority group (the surgeon general is black). An NPR reporter quickly called him out. She claimed at the very moment he said it, people were jumping online to voice their offense at what he said. His language of “Big Mama” and “Pop-Pop” was just that: offensive. She wanted to know what he would say to those people who were upset.

It was an awkward moment. Adams responded with a personal aside: “I have a Puerto Rican brother-in-law. I call my Grand Daddy ‘Grand Daddy.’ I have relatives who call their grandparents ‘Big Mama.’ So that was not meant to be offensive…”

My guess is that 80 percent or more of the people watching that exchange said to themselves, “Are you kidding?” Unemployment claims have skyrocketed, hospitals worry about their morgues filling up, and viewers can’t believe that this should be the substance of a question. They’ve had enough.

The ritual of offense has been rehearsed a million times before, but it doesn’t fly when death and disease, job loss, and financial ruin are in play. Seeing yet another identity politician highlighting the hypersensitive reactions of people who rush to Twitter to broadcast their huffy self-absorption, most Americans recognize just how spurious the game really is.

Maybe this is a turning point for some of the political moderates in the population. The Left won’t give up identity politics, of course, but the ubiquity of political correctness may be turning middle-of-the-road liberals off for good.

This is why we see, in normal times, identity politics operating most forcefully in elite zones. You find adherents in wealthy, top-tier schools more than on satellite campuses of state university systems; in human resources in corporate America more than among clerks at the mall; in Silicon Valley more than on the floor of the BMW factory in Spartanburg; and in the White House press corps. It takes a lot of privilege to work up to politically correct ressentiment.

The full impact of the crisis won’t emerge for many, many months. We can hope, however, that the exposure of identity politics as a setup, of the indignation and accusation as way overdone, of political correctness as a tactical rhetoric and not a moral etiquette, will last long after the disease is gone. When an entire country is hit, when everybody feels the pain, and the voices of identity nonetheless unleash old guilt trips over and over, it is time to stop listening.