How ‘A Charlie Brown Christmas’ Symbolizes the Triumph of Common Sense 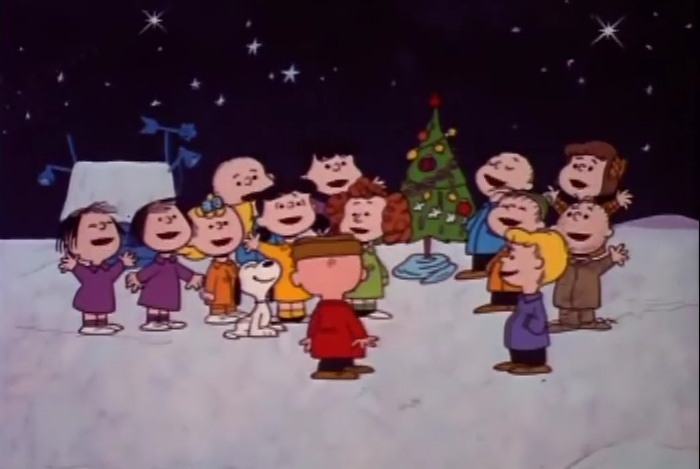 December 9th marks the anniversary of the Christmas TV special which basically birthed all others: “A Charlie Brown Christmas.”

Most Americans know the plot well. The despondent Charlie Brown who just can’t work up his Christmas cheer amidst crass commercialism. The confident and obnoxious Lucy, who finds the allegedly perfect solution to Charlie Brown’s gloom. The ill-fated Christmas pageant, which confirms Charlie Brown’s status as a loser. And finally, the rebirth of Christmas cheer that comes through Linus’ recitation of the original Christmas story.

But while the basic story is a charming tale with which many of us can empathize, I find the backstory of “A Charlie Brown Christmas” almost more so.

For those unfamiliar with the tale, “A Charlie Brown Christmas” went from conception to classic in a manner of months, something that simply doesn’t happen in the world of television production.

But what few people know is that before the special aired on television, Peanuts creator Charles Schulz and his crew believed their Christmas special was following in the footsteps of Charlie Brown himself and was doomed to be a failure. Just like in Charlie Brown’s Christmas story, those who had commissioned Schulz and his crew to do the show were quick to pile on and express their disappointment with the television product. Mark Evanier, an animator and historian, explains this disappointment in “A Christmas Miracle: The Making of a Charlie Brown Christmas”:

“The networks were against it. It went against the conventional thinking at the time of what a children’s special – a Christmas special – had to be.”

Fred Silverman, a CBS executive at the time explains:

“There was (sic) specific, negative comments about the music, you know, the piano music. Some of the voicing, which sounded kind of amateurish – and indeed it was amateurish because a lot of them were kid actors. But it was a commitment and the film was made.”

“They said, ‘Well, it’s on the TV Guide logs, we’ve got to put it on the air, but nice try, you know, we’ll put it on once and that will be it.’ So we figured it was over and it was done.”

But as we now know, Schulz, his crew, and the executives from CBS were dead wrong. The program became an overnight hit, pulling in almost half of the TV ratings for the evening. The show went on to win both an Emmy and a Peabody award, and has been broadcast every Christmas since that memorable one in 1965.

The reason I find the backstory behind “A Charlie Brown Christmas” so fascinating is because of how it highlights the great disconnect between the ordinary, average American and those in life who pull the strings.

Charles Schulz is the epitome of the average American. He had a simple, common sense, yet often forgotten message to tell in “A Charlie Brown Christmas.” He insisted on sticking with that message and that simplistic style, even when it looked like it wouldn’t get off the ground. In other words, he was a man who stuck to his principles and wouldn’t compromise them even when they might land him in hot water.

The bigwigs at CBS, however, thought they knew better, and if time hadn’t constrained them, they likely would have attempted to rewrite Schulz’s simple, common sense production for something flashy and more politically correct. They were, in a sense, the precursor of today’s marketing elites, who all seem to know what is best for middle America to digest and swallow.

In the current culture of chaos, it’s easy to throw up our hands and give in to the demands of those who stand out and seemingly call the shots. But instead of giving in to political correctness, do we need to take a page from Charles Schulz’ book? In the end, will gentle persistence, common sense, and faithful adherence to solid principles be the pathway to success and fulfillment?